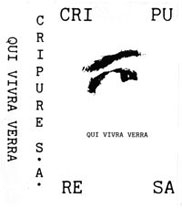 Cripure S.A. was French Thierry Galai solo project which was active between 1985 and 1989. Galai was behind R.R. Products label.
Minimal electro/experimental/abstract with punk rock elements...

Killing from end tho end (even the title), sometimes it seems variety (LOSP style) and over times we’re swallowed by a pure electronic research.... It’s a real pleasure! - Didier Moulinier, LPDA #82/83, 1986 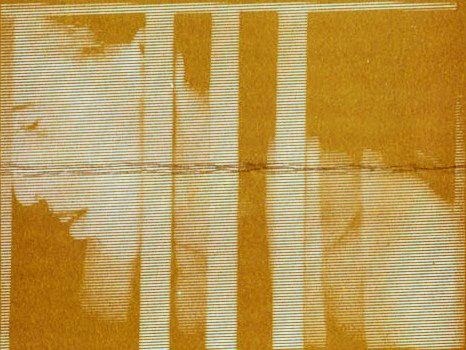 Born in 1964 in the Alps, Ladzi Galaï (Thierry Galai - his real name) began playing music at the age of seven, by studying piano and trumpet. At the age of thirteen, in 1977, he discovered Punk Rock, and became interested in various rock’n’roll and underground music. He bought a bass guitar at sixteen, with the wages from his first job, and began writing songs; playing in his first band, Ambassade, in 1982, then with Screamin’ Dolls, in 1984. These bands were both short-lived. By listening to Anglo-Saxon music with lyrics, he learned better English than he did at school, where he studied general mechanics, and later during his years of exchange within the mail-art network. For two years, he took part in a fanzine with pals, formed several tentative bands, and in 1985, set up the DIY / home-music tape label: R.R.Products, initially meaning « Réseau Rapetou », then « Rythm & Rut ». Also, he formed a new band: Cripure S.A. The amateur tape label was active until 1992. He also published two graphic fanzines in 1988 , each of 100 pages, accompanied by compilation tapes on the topics: Disco Totem & Folie Graph. In 1987, there were two more new bands: Dirty Husbands, and Hermaphrodisiak. In 1989, more new bands: Ted & les Terriens, and No No No. In 1993, his first CD was released and he unveiled a new band: Ultime Atome, who played his famous « guitar symphony » live. Having used the pseudonym « Cripure » (amongst others), played in some bands and published his texts in several magazines, in 1997 he adopted the nickname Ladzi, for the « karaoké » show of a solo album presented as Dada Punk’n’Roll . In 1997, Ladzi published a book of aphorisms, illustrated by eleven designers. He began serious translation from English to French in 1995. In 1999, he put out another solo CD called Foutue Poupée, with titles composed at the end of the eighties, played with various bands, and recorded post-1992. In 1999, he recorded another album, unreleased, with Cécile Jarsaillon of the Suprêmes Dindes on vocals. In November 2001, the guitarist / composer Toshiyuki Hiraoka, who had previously come over from Japan to join NO NO NO in 1990, returned to France, and they composed a dozen songs together, whose lyrics were finally completed in 2004. (Two of these were originally written in english, and the version of one can be listened to in the live video on the Glop! website). This album project was called Fuckita® and the lyrics can be seen here. In 2003, the name of the Association was in use again for the French edition of Craig O’ Hara’s book, The Philosophy of Punk : Rytrut Editions was born. In 2004, other people joined his new musical project, forming a band again. Ladzi chose to use the name Glop, after the puppy characther from Pifou comic created by Roger Mas which takes him back to his childhood.. Nowadays, he’s fully occupied with Rytrut Editions’ projects. 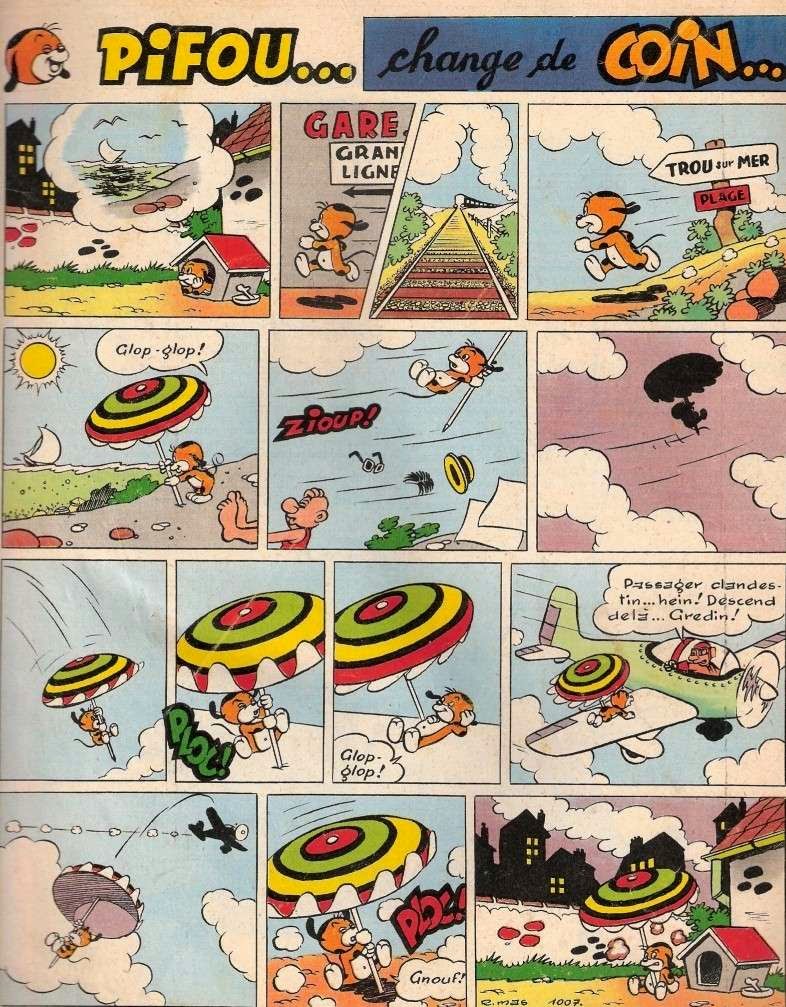