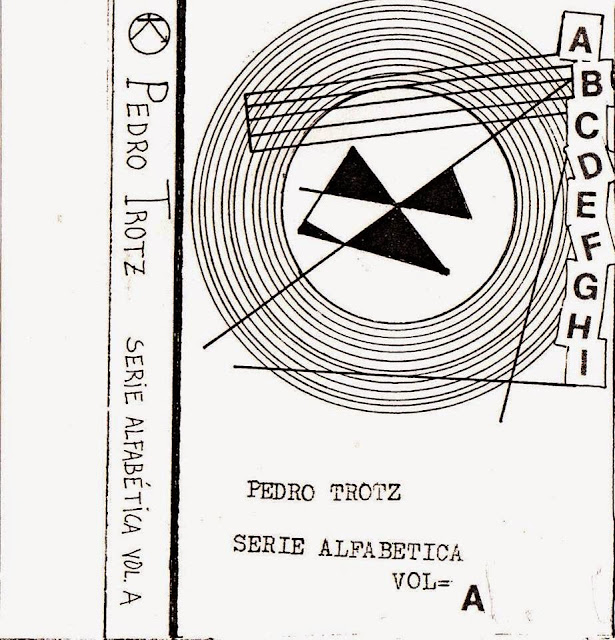 Pedro Trotz, electronic sound artist recorded his first experimental electronic music tracks in the early 80′s, in a style between industrial and cut-up. In the 90′s, he collaborated on the first hits of the house music scene of Mallorca, and also contributed to promotion of electronic music as a member of collectives Tecnofamilia and the label Virus/Antivirus.
Later, Pedro started producing techno (experimental minimal) music and made various live performances, including playing on festivals, where he usually uses instruments such as theremin, voice processors and other.
It's worth to mention that he has enriched two Esplendor Geometrico's albums Anthology 1981-2003 (2005) and Pulsión (2009) sound by mastering.
Present-day takes him back to more experimental attitude towards creation and he's up to investigate alternative methods of Sound Design (mainly analog modulars and the Kyma System), Interactive Systems and 3D Generative Video.


Serie alfabética is a series of short works (A, B, C, D - concerning the 80s) unrelated to each other. The relationship is that they don't have a title for a reason: they don't belong to a concept or idea other than the sound experiment on its own.  It was from 83 to 86 that he was recording collections of sounds with no intention to share them, but that remains mostly unreleased. In '86 he discovered other people are doing the same kind of experiments and that those noises were actually nice to other people as well  so, he started releasing them as tapes. The label was named Camiroi, Distribuciones.

Pedro still uses the alphabetic series concept when he's trying out new meaning of creation or simply new hardware or software. At this moment he is about to start volume L but there will be volumes that won't be released.

A selection of Serie Alfabética was included as mp3 files in the CD 'Proyecto Humanoide' released by the label Pasatiempos. 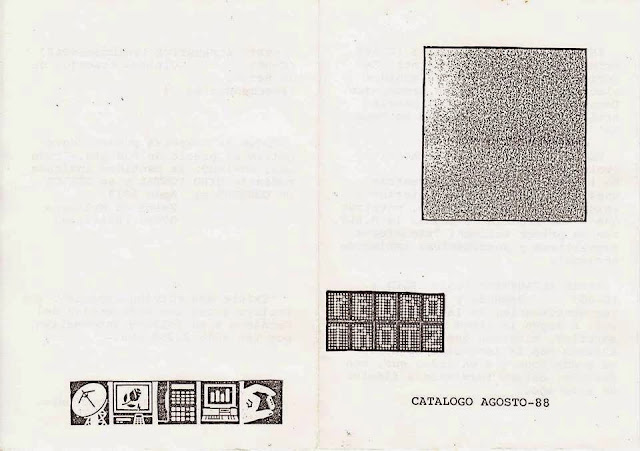 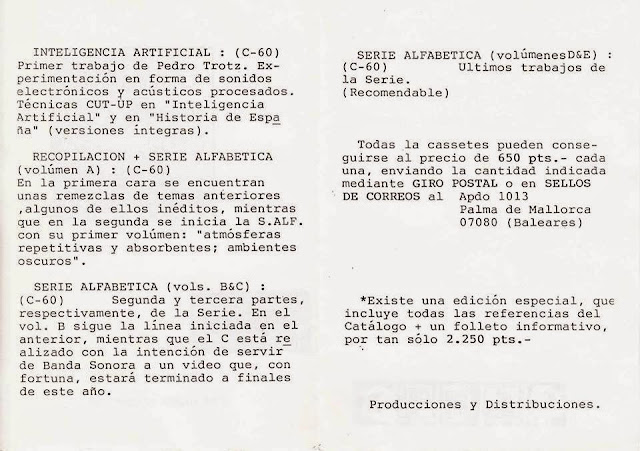 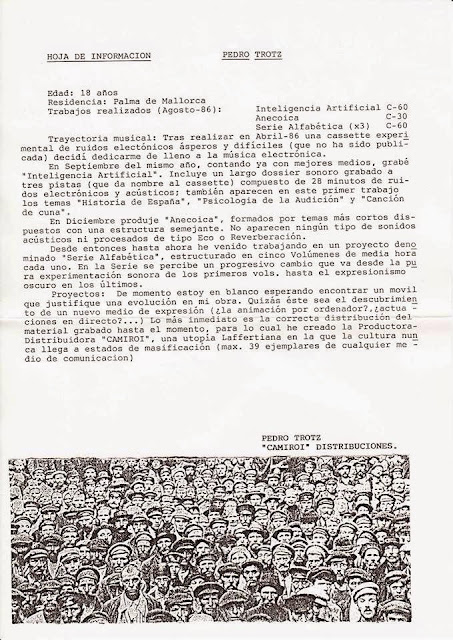 A booklet released on  Camiroi, Distribuciones 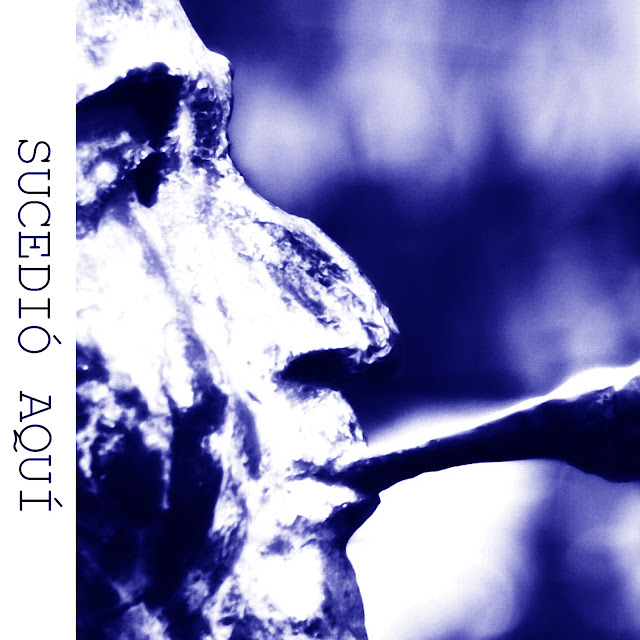 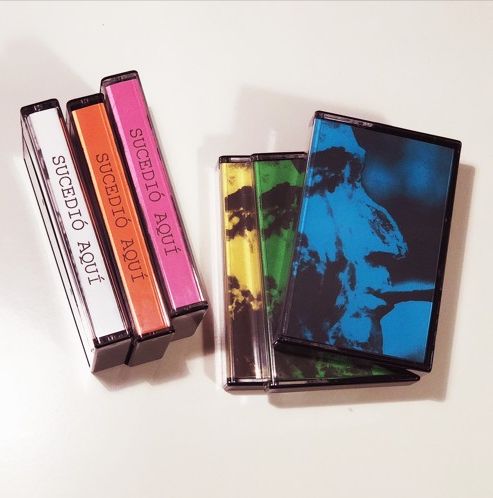 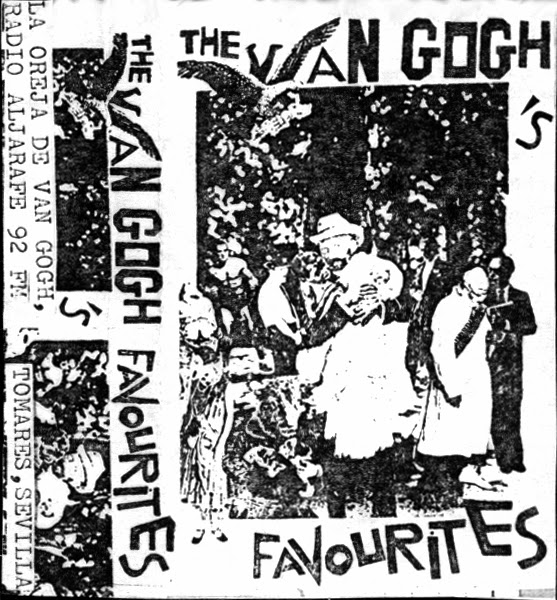 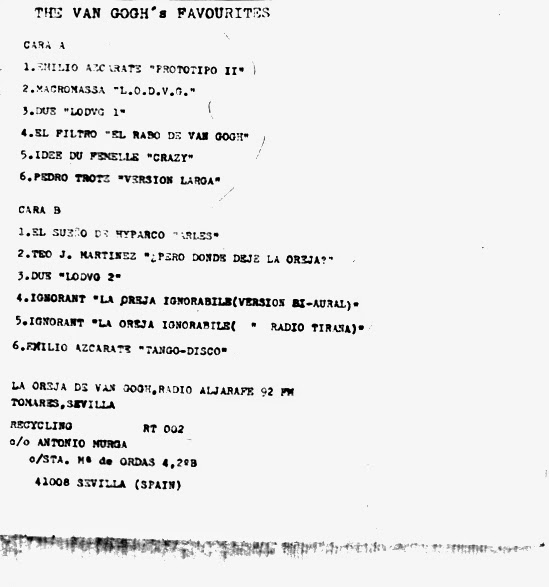