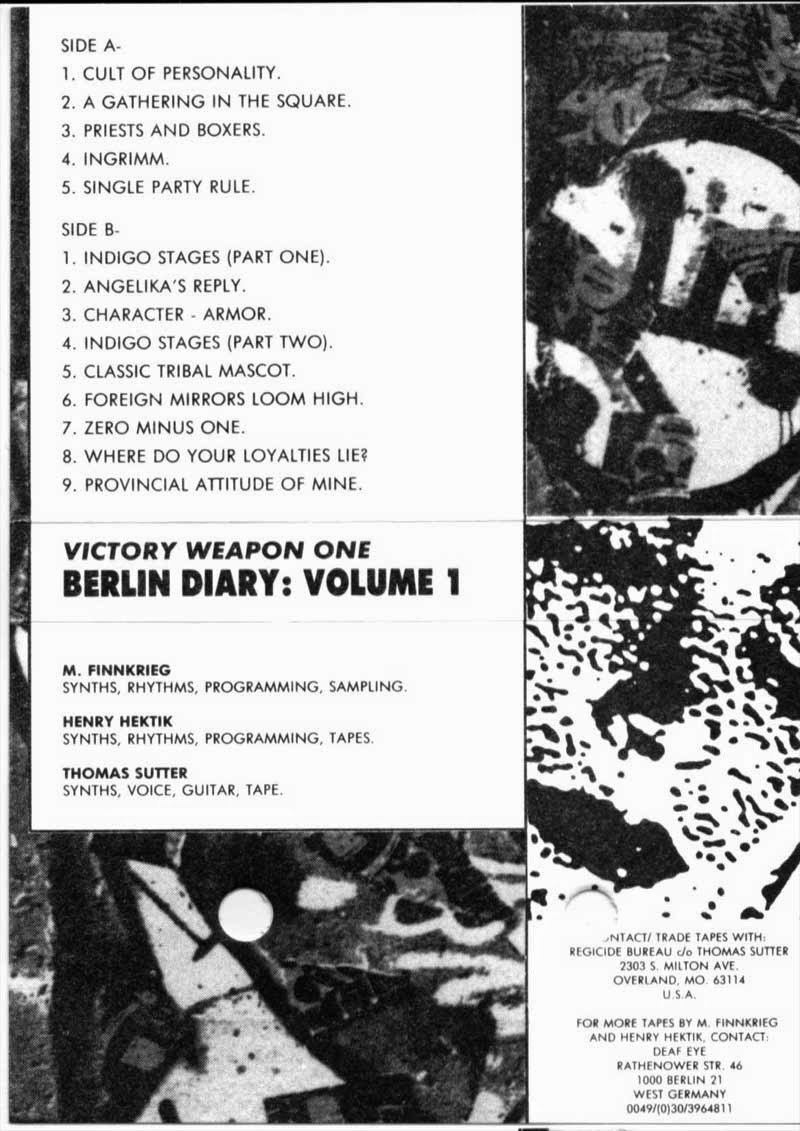 This was an 8 Tape series recorded at Deaf Eye Studios in Berlin during the late 80's...

These cassettes were extremely limited .... available directly from the artists...now defunct

This is the first tape... volume one
Personnel

This tape was previously shared on Mutant Sounds and I am still searching for other editions.

According to the info I found, Thomas Sutter is from St. Louis, Mike Finnkrieg is based in Berlin, Henry Hektik is also German I'd say.

I remember very well Finnkrieg's, Sutter 's and Central's
WAR GODS track from Thee Exchange Ov Magnetic Energies limited edition compilation (International Terrorist Network) which induced me to keep these guys in mind and try to get more musical material by them... Anyway, Mike Finnkrieg is owner of Deaf Eye label and was in duo group along with Henry Hektik called Subtle Reign which was active shortly in the 80s releasing two tapes (or maybe more) that are highly rare.

Among other works, Henry had done his tracks available on the plate of Audiofile Tapes, IRRE Tapes, Epitapes for compilations....