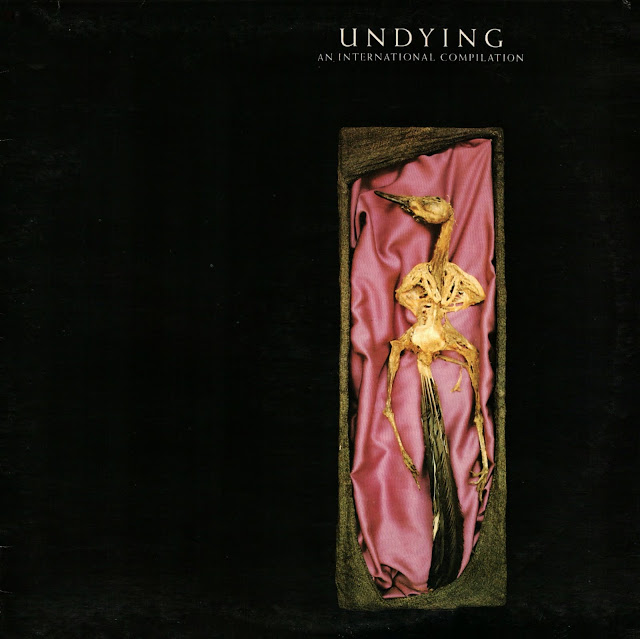 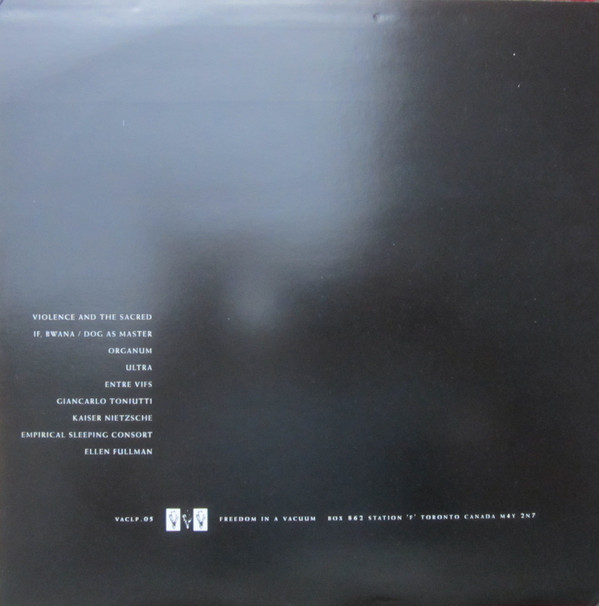 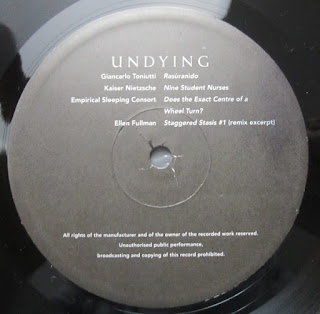 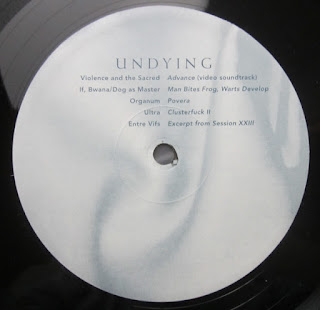 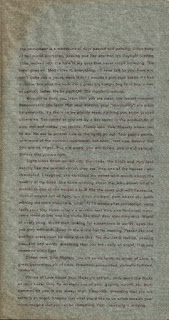 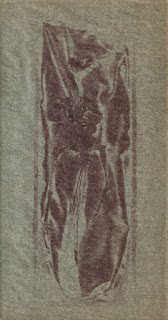 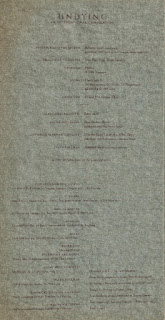 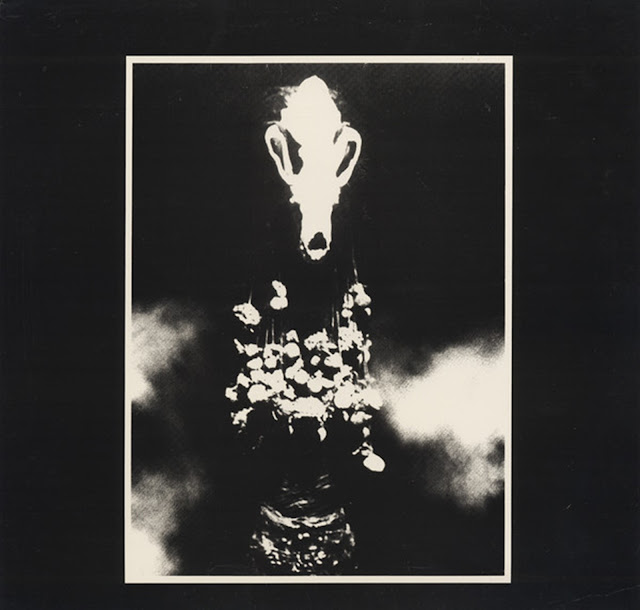 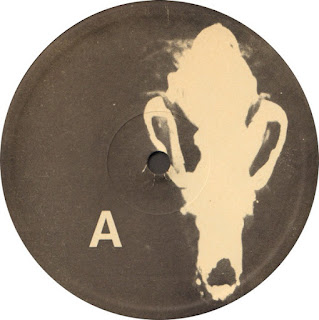 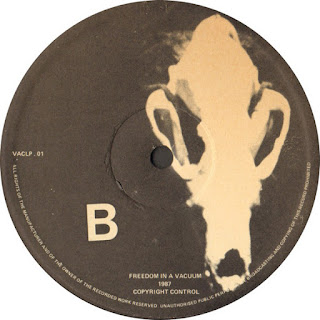 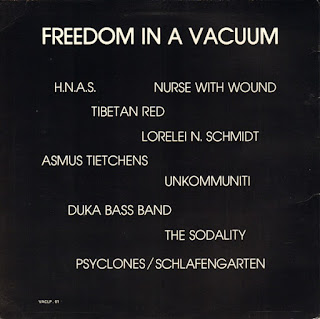 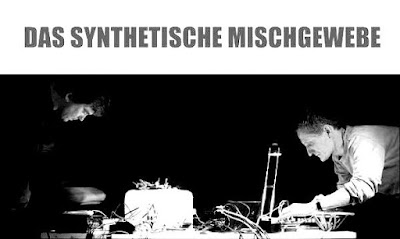 Das Synthetische Mischgewebe started in the early 80's in Berlin with electronic, industrial, avant-garde associated cassette releases. A first LP on the outstanding Madrid based label Discos Esplendor Geometrico was followed by CD and vinyl releases on SFCR (F), and Pinch-A-Loaf and Povertech (USA). DSM also did projects with MSBR, Mnortham, Frans de Waard, Ios Smolders, Artificial Memory Trace, Thomasius, TBC, The Oval Language and others. The duo participated in a pile of compilations including a 2009 2CD on Suitcase (USA). Several of their earlier cassette works have been reissued on limited edition vinyl pressings on the German Vinyl On Demand label. 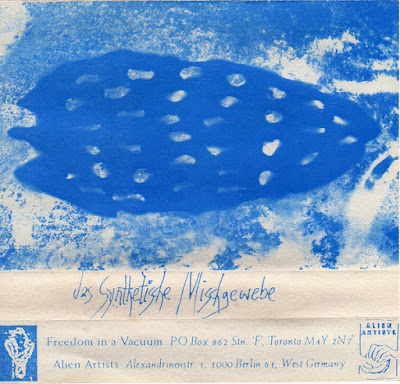 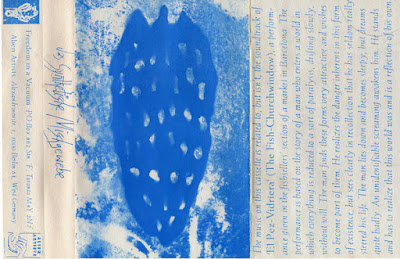 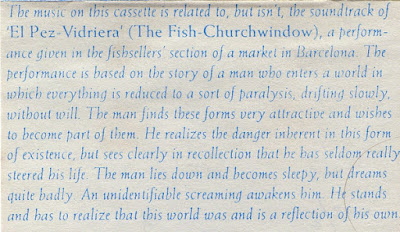 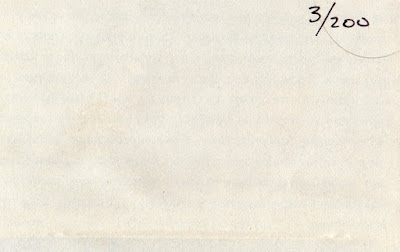 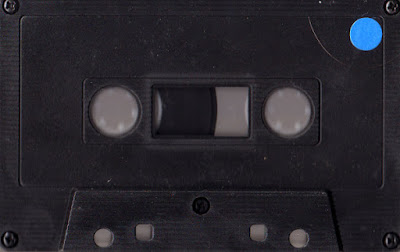 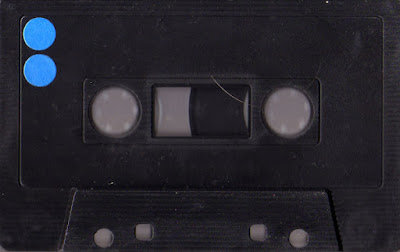 
Text inside: The music on this cassette is related to, but isn't, the soundtrack of 'El Pez-Vidriera' (The Fish-Churchwindow), a peformance given in the fishseller's section of a market in Barcelona. The performance is based on a story of a man who enters a world in which everything is reduced to a sort of paralysis, drifting slowly, without will. The man finds these forms very attractive and wishes to become part of them. He realizes the danger inherent in this form of existence, but sees clearly in recollection that he has seldom really steered his life. The man lies down and becomes sleepy, but dreams quite badly. An unidentifiable screaming awakens him. He stands and has to realize that this world was and is a reflection of his own.
No Cat. Number. No track listing.
European edition dubbed on black cassette and hand numbered edition of 200 copies.
Canadian edition on clear cassette and not numbered.