TeHÔM - The Realm of Dark Senses

TeHÔM (Hebrew: תְּהוֹם), translated means the Deep or Abyss (Greek Septuagint: ábyssos), and refers to the Great Deep of the primordial waters of creation, equated with the Sumerian Tiamat. Literally it means ‘’flood’’. Tiamat and TeHÔM are closely interwoven, thus pointing at Chaos; Chaos from which Creation comes forth. Moreover, TeHÔM is synonymous with a place where the righteous will walk toward redemption at the ‘’End of days’’. TeHÔM is as such often mentioned by Gnostics and is also the first of seven "Infernal Habitations" that correspond to the ten Qliphoth in Kabbalistic tradition.

As such, it was very much appropriate, that one grey autumn day, back in 1988, lifelong student and author of works in the fields of philosophy and religion, Siniša ‘’Charlie’’ Očuršćak, gave the name TeHÔM, to his own musical project, which would help him to further express his own research in the philosophy of religion through the medium of music. The dreams of one thus became the dream of many. His unique artistic vision embedded with deep respect, knowledge and a background in diverse cultures, religions and traditions became a foundation stone for other artists to come, in the decades to follow.

Siniša was a professor of Philosophy at the prestigious ‘’Jesuit College of Philosophy’’ (part of University of Zagreb, Croatia) in Zagreb and editor of the book "The problem of mind and body in contemporary philosophy". Always at his side, from the early beginnings, as an integral part of TeHÔM stood Miljenko Rajaković. Rajaković himself was the only possible match for the creative genius of Očuršćak with whom he had worked on another project bearing the name Principia Audiomatica; the result was an album with the title ‘’Systematic Sonority’’ for renowned italian label Minus Habens Records.

From its early years on and subsequent release of TeHÔM’s first album ‘’Despiritualisation of Nature’’ in 1996, the project’s patron became no one else than Douglas Pearce, founding member of Death in June. TeHÔM released its first album on Pearce’s own label Twilight Command / New
European Recordings sublabel, with steady distribution from World Serpent label. Later after the demise of World Serpent label, Tesco Distribution, took on to become its underground music torchbearer.

Rajaković was already an accompished sound engineer and DJ and would later become even more renown for founding two record labels. It was this pairing and unity through which Rajakovic assisted Očuršćak to produce the legendary sophomore album ‘’Theriomorphic Spirits’’ which was released 3 years after the sad passing of Siniša Očuršćak in 1997. The album achieved worldwide acclaim from both music critics and listeners alike thus becoming the cult album of its genre.
TeHÔM was the first ever, Croatian Dark Ambient music project of its time and one of Europe’s mainstays and purveyors in the sophisticated Dark Ambient music scene. The project was forced into early retirement following the tragic passing of its founder Siniša Očuršćak who died due to a cancer related illness in 1997. It is most likely, yet never officially confirmed, that his tragic death was related to his involvement in the Croatian Homeland War for Independence, where Siniša was a frontline soldier during 6 months.

Retirement to the dark depths of Chaos was hard to take for fans and listeners alike. There was indeed a very long wait, interspersed with a shadow of ominous silence, from its second and now only surviving assisting member Rajaković, who still under the influence and shock of the death of his fellow friend and colleague, had chosen to retire to isolation. It was a hard cross to bear even for such an accomplished musician, artist and sound engineer as Rajakovic.

"AN UNDENIABLE FORCE HAS BEEN RESURRECTED"

In 2010 after a long period spent in an almost Samadhi like state in his inner refugium, Rajaković emerged again, revitalized and reborn from the depths of Chaos to unleash his new creation on listeners and fans alike. TeHÔM, yet again was thus reborn from the celestial and primordial sources of Chaos, with all its powers, ready to unleash their new aural output on us.
The project which has been dormant for many years was finally revived and resurrected, more than a decade later, with a new 3rd album "Lacrimae Mundi" released by respected music connoisseur label Cyclic Law Records, in May 2014. A very surreal, obscure, and cinematic-sounding opus has been created by Rajakovic following closely in the footsteps of previous works yet taking the project to new levels.

TeHÔM is now back after a long silence. The eternal Abyss is awoken once again, as the primordial flood of Chaos awaits to penetrate the innermost parts of your soul.

Mario goes (blues) rock... This cassette was made as collaboration, recorded and produced 20.10.1985. at MML, where is finally released.

This songs can be easily called protest due the strong anti political themes they consist of. 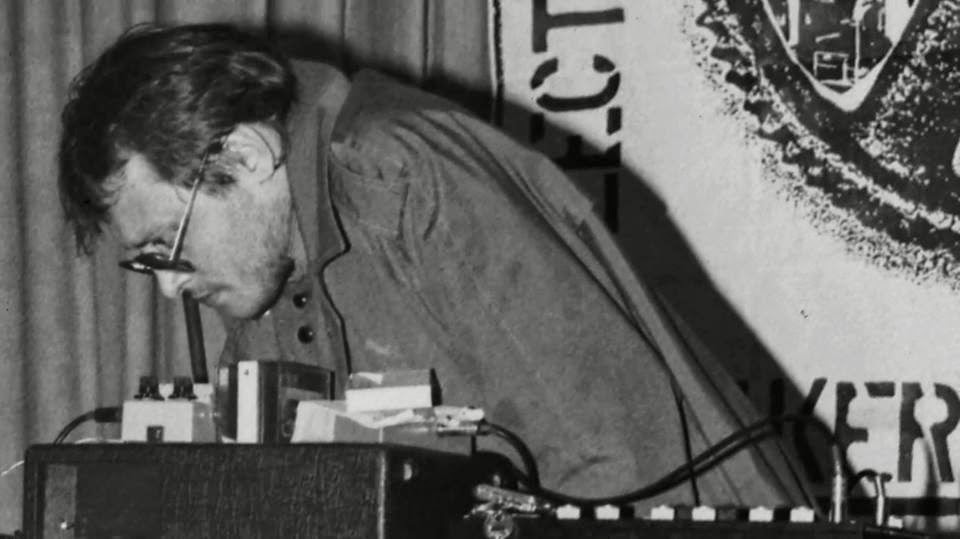 Mario Marzidovšek was musician, artist, producer and concert organiser in northeast Slovenia and one of the pioneers of Yugoslavian D.I.Y. industrial/noise scene. In the 80's he participated in several alternative actions, including "mail art" (he wrote over 600 letters per year to his correspondents) and the establishment of the first private (then illegal), non-commercial label in the former Yugoslavia called Minimal Laboratorium; anetwork through which he communicated with numerous artists and producers across the world.
From period of 1984 to 1988, he issued more than 50 cassettes with different types of music, among which prevailed electronics and alternative rock but he had started recording earlier.
Despite his work being partly influenced by "Neue Slowenische Kunst" and Laibach activities and other alternative groups and artists, his electronic musical work is original and unique, influenced by the German kraut rock and various other experimental composers.
Even the conditions Mario has lived in - like Slovenska Bistrica, professional work at chemical industry, didn't stopped him to be radical and productive. On the contrary, it was an essential path for his creativity.
Although the tapes were bad reproduction quality due to poor technical capabilities, he kept sending them to various addresses comprising the former Yugoslavia, Eastern and Western Europe, US, etc...
He has published many works of his music and collaboration with other musicians from Europe and the United States. He combined received tapes with his music or was sending his recorded tapes to associates for issuing purposes. At last, he appeared in over hundred compilations and released compilations on which appears compositions from home-taping, sound poetry, punk, rock, industrial, experimental, noise...
Mario Marzidovšek's work unites global and local production.
.... 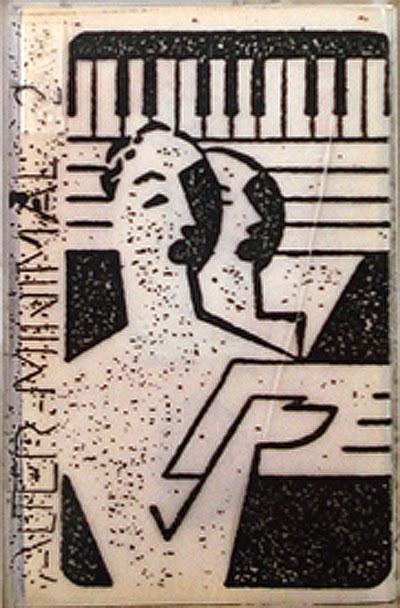 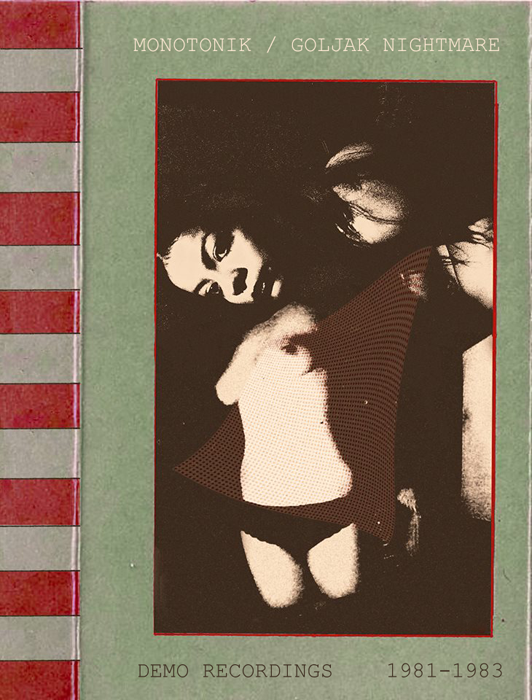 Goran Jermić is born in 1956 in Zagreb, Croatia and shows affection towards music and electronics from an early age which resulted the project Monotonik (1980/81) when he was only 16 years old...
He was also making home-made synths and oscillators. Goljak Nightmare is also him but few years later.
Jermić stopped creating music as the 80s passed by until the end of 90s when he devotes himself to music again. He changes his name into Monofonik in 2004 which sound is a bit different, alternative electro pop as he call it..

The cassette I am sharing doesn't have original artwork (so I made one) and consists of more than just two tracks (it's actually compilation of demo recordings by Jermić's projects) but they are lost. A pity! 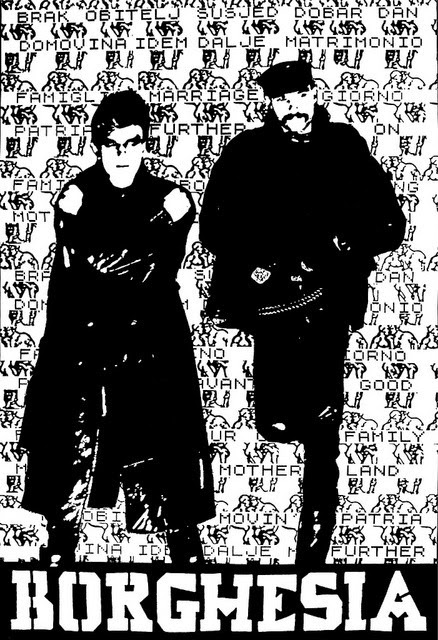 The recordings on the cassette are a bit damaged (Divlja Horda, Pokušaj) but there is no other existing media with the same material.

Oh, I would love to mention that Abbildungen Variete at the same concert convincingly left everyone speechless doing some weird ritual performance.. Ah, pity, this was never captured. However, there is one  audio documentation of  their "Ishodišče subjekta" track.

(sorry for bad quality photo, but I don't have scanner at the moment) 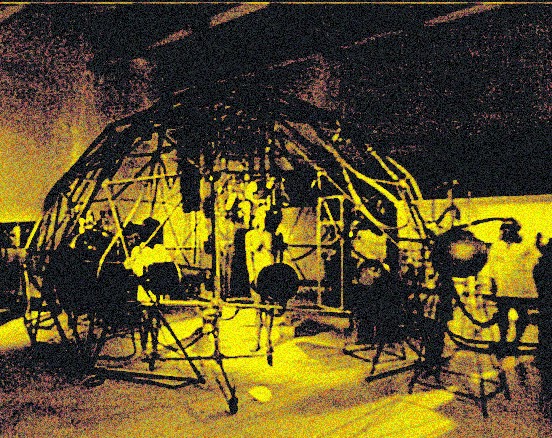 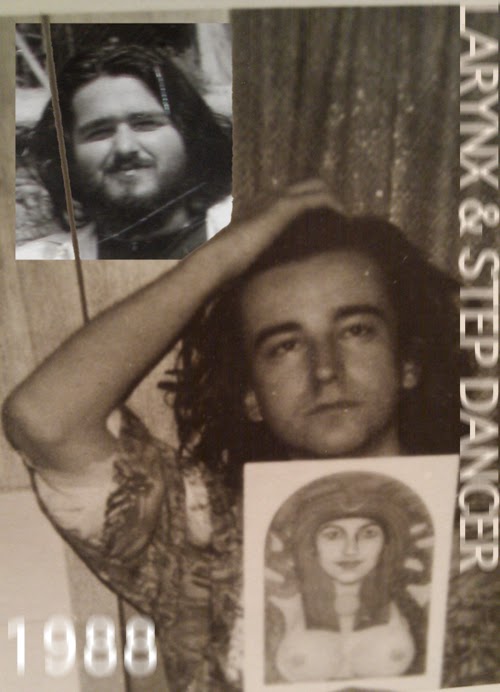 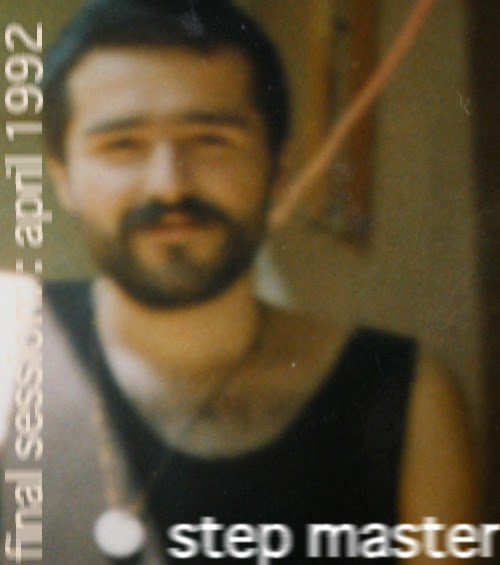 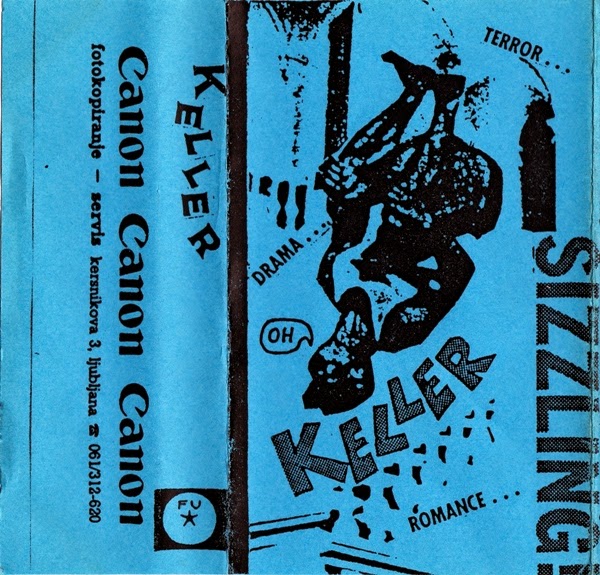 Yugoslavian project of Slovenian ex Laibach's member, underground movie maker Andrej Lupinc who is active again in Laibach as a session musician. The cassette is also known as 'Keller IV'. Experimental, industrial with the elements of minimal electronics. 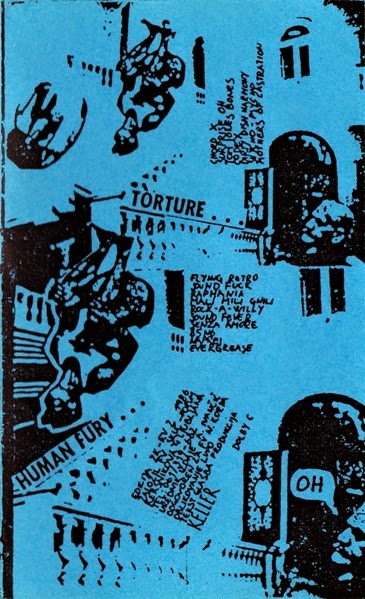