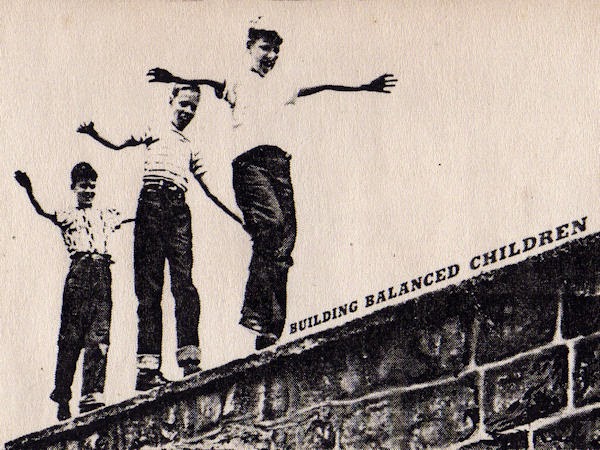 Sucking Chest Wound was the collective of Canadian musicians, artists and performers active from 1983 and split up in 1997. They also performed under various names for example as Sweet Children Of The West because the Sucking Chest Wound name was under veto for performing.
In January 1986 PnrH and dWM of SCW began a weekly radio show on CKLN-FM (88.1 MHz), a Toronto community station. The show was called Building Balanced Children and the premise of the show was to perform a live improvised mixdown using 100% sampled material. They used turntables, tape loops, digital delays and the first affordable digital sampler – the Ensoniq Mirage.
They performed the Building Balanced Children show under the name Security Operations Consultants, which they would also use for a live performance in the fall of 1986.
The  Building Balanced Children show lasted until April 1986, and during its run  produced some of the most extreme music being broadcast on the Toronto air waves at the time.
Excerpt from this recording is included in compilation named A Very Large Arrey released in 1987 on Sound Of Pig. 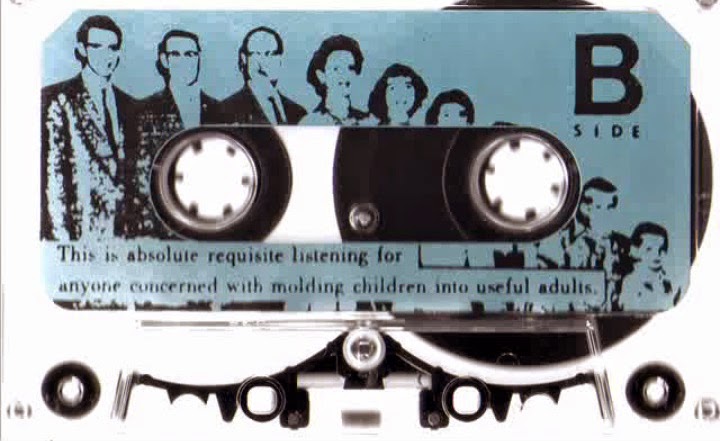 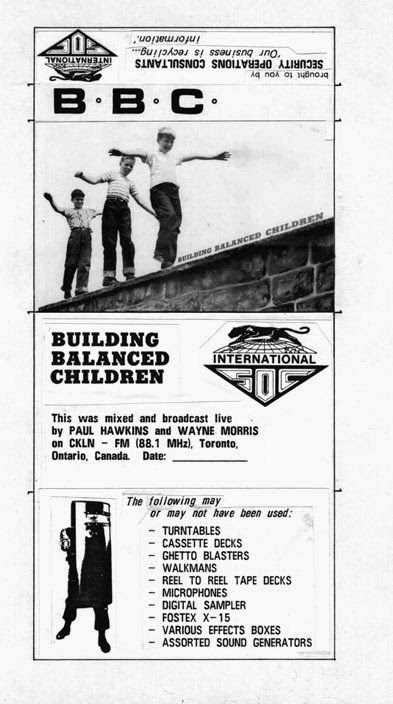