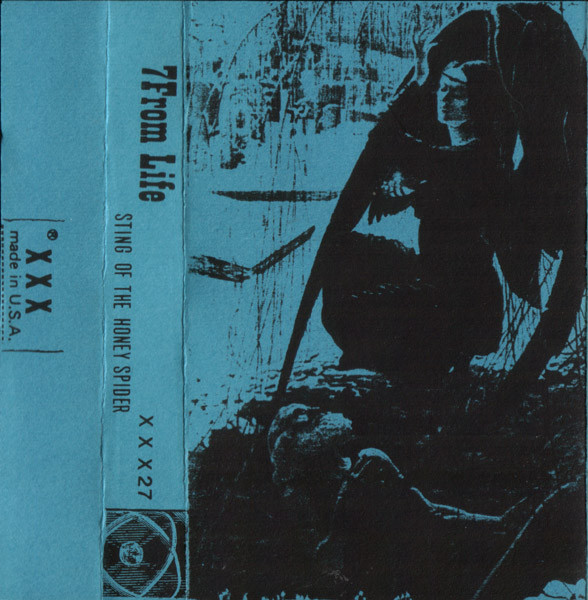 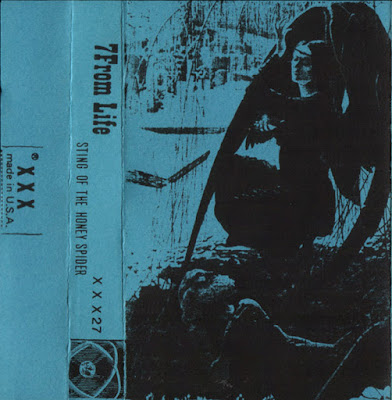 7 From Life was the one man noise/ritual ambient project of Lawrence Van Horn from the United States which existed from around 1984 to 1987. Through these few years of output several releases such as Souls Of Dead Sharks became known only through the underground tape trading circuit, and 7 From Life faded into near complete obscurity. Sting Of The Honey Spider was released and 1995, with some help from John Zewizz (of Sleep Chamber, Women Of The SS, Cult Ov The Womb, Hidious In Strength, etc.).

The earlier 7 From Life releases were characterised by being a similar mish-mash of lo-fi avant-garde noise to Nurse With Wound (Steven Stapleton's work always seems to be a benchmark of comparison for music like this), but Sting Of The Honey Spider finds us rooted in minimalistic dark ambient territory, or ritual ambient if you will. There are plenty of drawn out synths to go around, non-obtrusive but with just enough melody spiking through to provoke curiosity as layers of tape deck generated noise wash over the listener. Dark, mechnical sounds create a pervading, uneasy sense of atmosphere. Recorded instrumentation such as guitars and bass can be heard, removing us at times from this soullessness into something more ugly and naturalistic. But what rounds it all off, is that shimmering, percussive elements vitrify all this lo-fi goop into something ethereal. Necklace for Tears is the highlight for this reason, as is Rain of Ashes and A World of Pure Salt to a lesser extent.

Sting Of The Honey Spider is a superb piece of ugly dirge, serving to fill the void left by those who have exhausted the earlier releases of Nurse With Wound and Maurizio Bianchi.