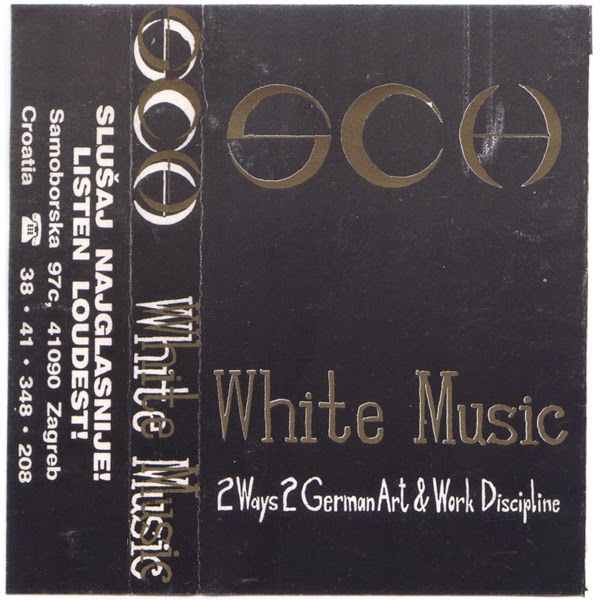 WHITE MUSIC: Two Ways To German Art & Work Discipline is the third official studio album by SCH (an abbreviation for "Schizophrenia") from Sarajevo, Bosnia and Herzegovina. Although released in 1992 on the Zagreb independent label Slušaj Najglasnije! (Listen Loudest!) by Zdenko Franjić, the album was produced and recorded during 1990. It was the first harsh-noise album in ex-Yugoslavia. The recording line-up was Teno (guitar/bass/synth/vocals/noises) and Samir Bjelanović (drums).
Sonically, the album depicts what may be best described as the emotive states of those certain living material forms that had survived the total (nuclear) war.
The record is a logical progression and culmination of the sound and "trip" initiated on the SCH tape, and further developed on During Wartime. White Music brings to a close an important phase in the band's life. Following White Music, SCH will shun the theme of war. As ever, the band was a step ahead of the times and there was no need to hang around in "explored" territories. These, the band would leave behind for others, those who watched the band with blank expressions at the time when all this was current and "real" for us." 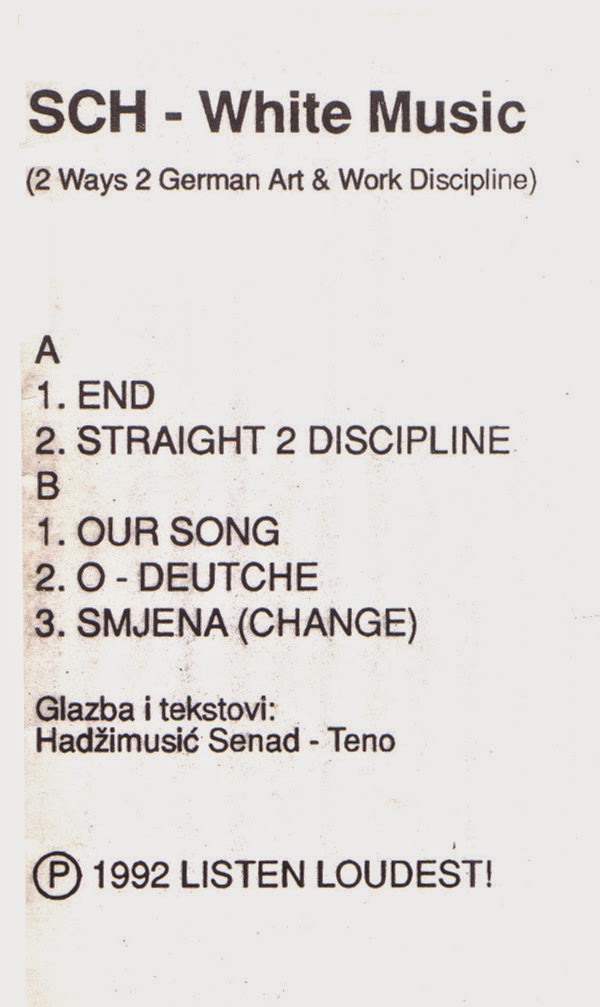