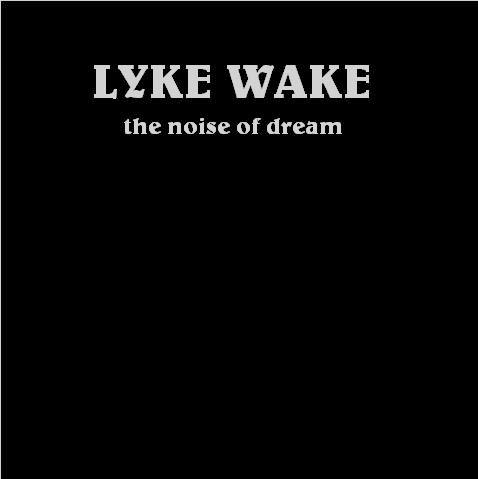 The Noise Of Dream, splendid  industrial ambience with rythmical cycles was made in 1988 in Italy by Stefano Di Serio and was recorded on a Fostex X15, 4-tracks. The music was performed using a synth Casio CZ-101 and a drum machine Korg KPR-77. The album was released on Stefano's label Aseptic Noise and was composed of two C90 tapes. About 100 copies of the album were produced.
The album was unusually long for that time. The song "Lama Sabachthani" has a duration of 45 minutes and was broadcasted in full by a radio station in New York.
Lyke Wake is active again from 2010 to present. 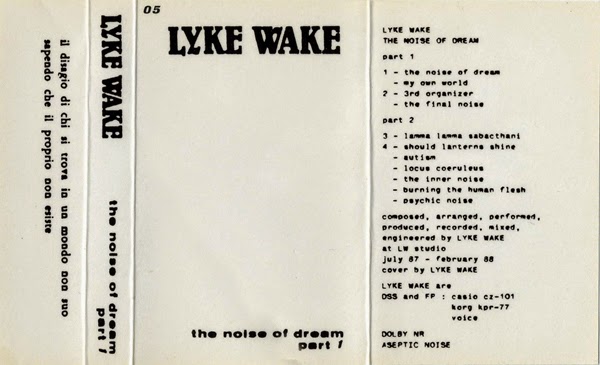 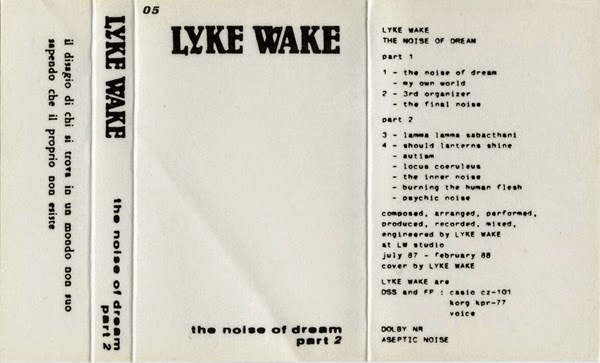