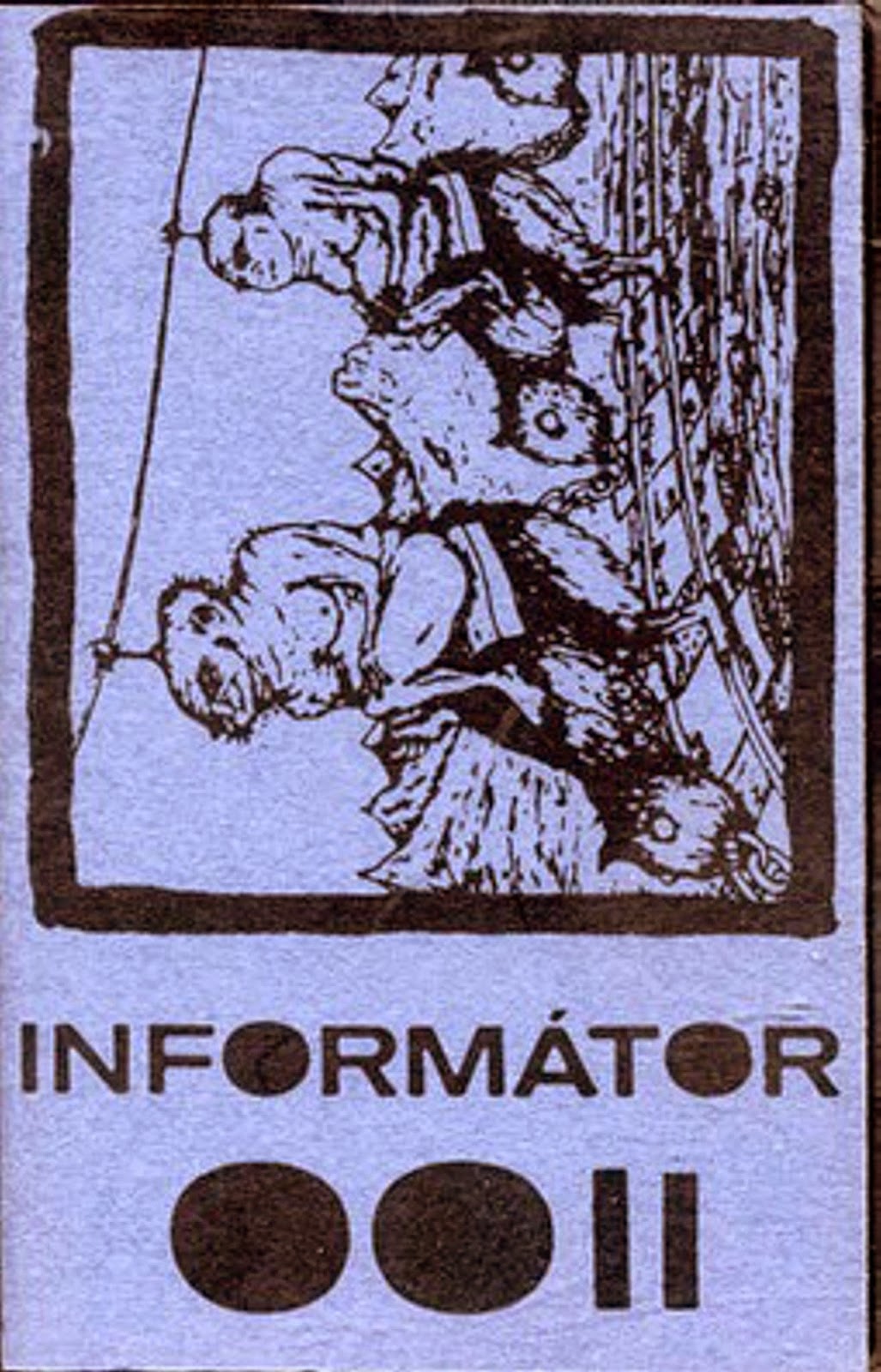 I came across this compilation on some blog which name I can't recall at the moment with desire to post it on Youtube but briefly after posting few tracks, I was advised by Michael that the track index is messed up so with respect to him for sending me the correct tape, the compilation titled Informator 00II can be spread to the world.
The contributing projects with tracks recorded from '84-'89 are
A: Odvážná Srdce, Tristan 43, Sidonová, Veselí Filištínové, Benedikt, A-64, Trpák, M.I.O.S., Brusičova Parta, Biskup & Klapper, Keilwerth, Maxa
B: Stredni Evropa, Vlajka, Sidonova, Bongo Muž Hlava, Mondrian, A-64, Pastorek, Queuer, Osvobozená Domácnost, Maxa

It was distributed by Corrosive Tapes - Belgian tape label begun circa 1986 run by dr pIOtr AAkOUn.
From May 1987 Piotr got in touch with the czech industrial scene - among them musician Tonda Hlavka who supplied him with tapes for distribution beyond the iron curtain.
The label stopped activity in early 1992.
Several tapes were published later by Slavek Kwi using the Corrosive Tapes moniker.
In 2013 the label got re-activated in collaboration with complasToc (Mathieu Delvaux).