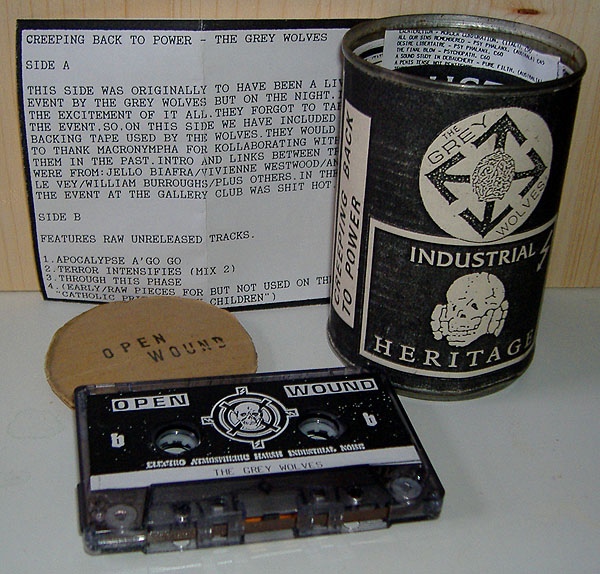 
Originally planned as a 'live' release, but they forgot to hit the 'record' button, so instead it's the background tape they used for the show. Includes intro and links between tracks by: Jello Biafra, Vivienne Westwood, Anton La Vey, William Burroughs, and others. (also includes early/raw pieces originally intended for the "Catholic Priests Fuck Children" LP, but were ultimately not used on the final release.)

The Grey Wolves ‎– Creeping Back To Power


Side A was originally to have been a live event by the grey wolves but on the night in the excitement of it all, they forgot to tape the event, so, on this side we have included the backing tape used by the wolves. They would like to thank Macronympha for kollaborating with them in the past. Intro and links between tracks were from: Jello Biafra/Vivienne Westwood/Anton La Vey/ William Burroughs/ plus others.
Track B4 consist in early/raw pieces for but not used on the LP "Catholic Priests Fuck Children".

Presented in a metal-tin; includes 5 inserts. 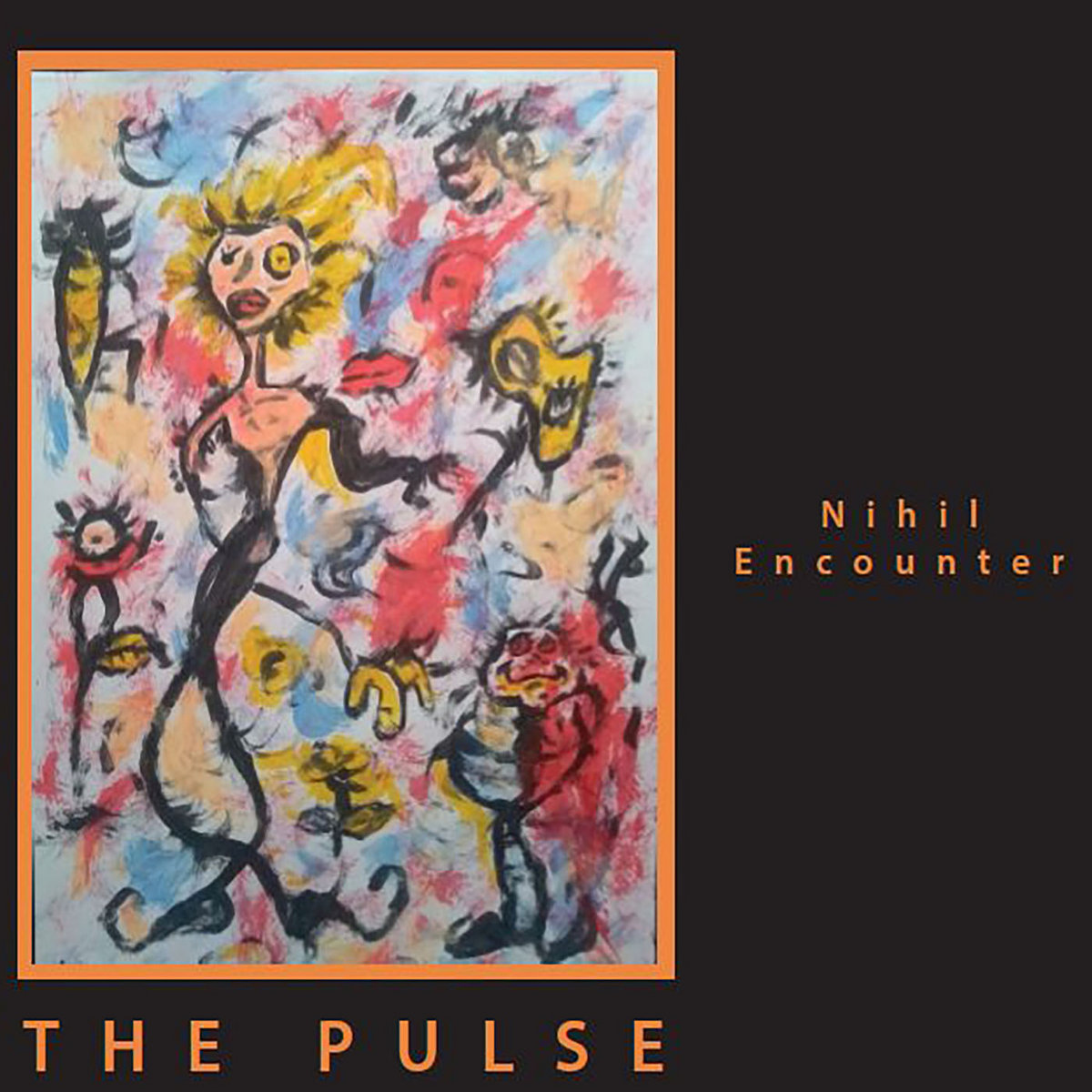 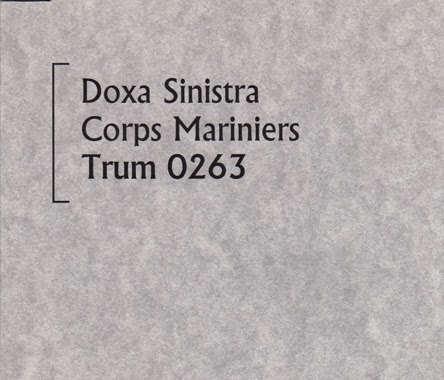 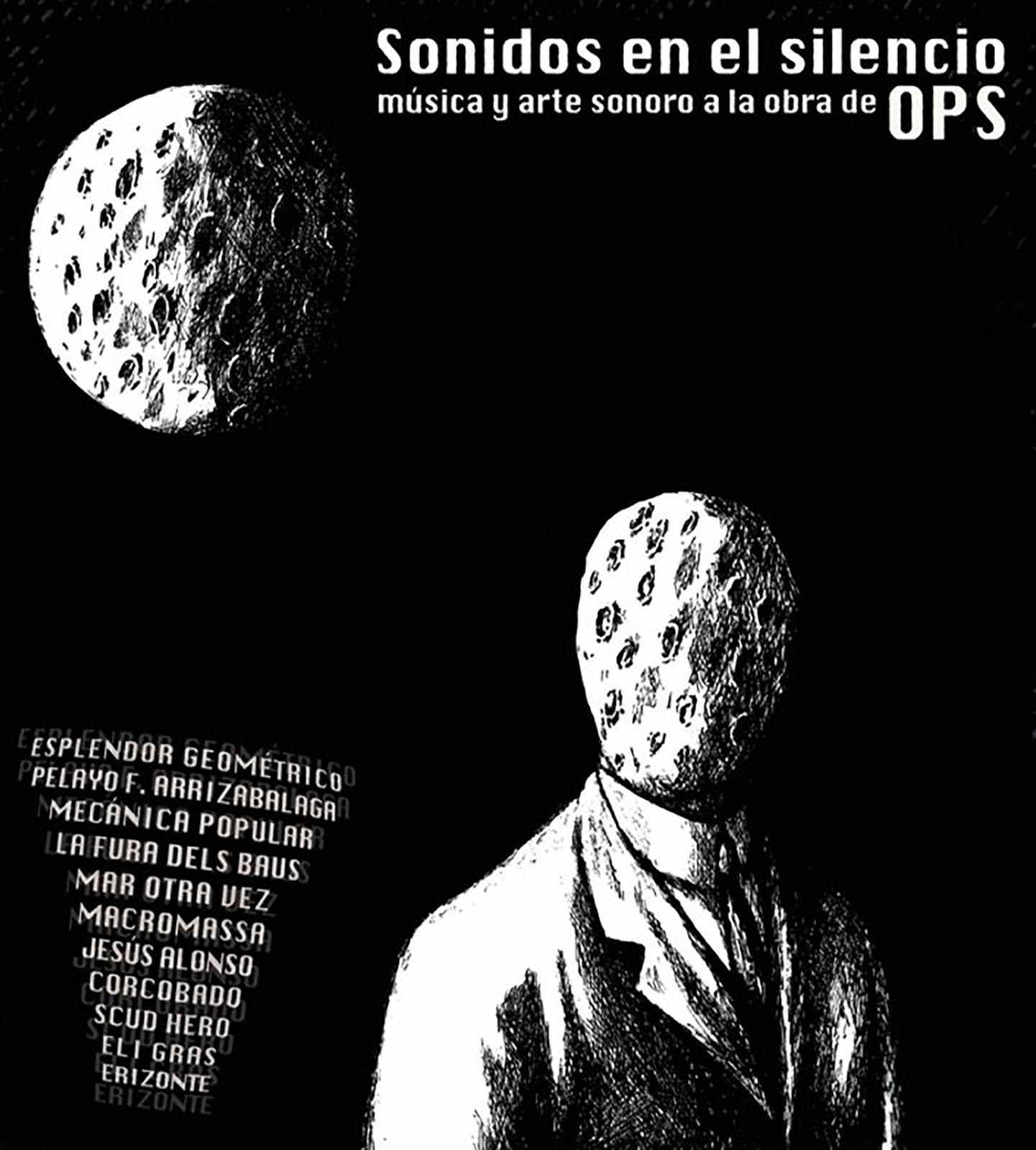