As a little participation for DARYA´S wonderful releases from Premature Ejaculations!
A live boot from 1987. The quality is ok but not realy good.  A historical document..

THANK YOU VERRY MUCH DARYA FOR THIS WONDERFUL RELEASES FROM ROZZ!!!!!!! 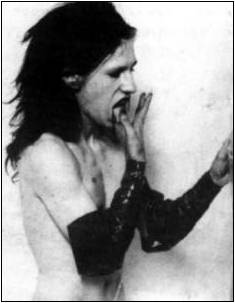 The roots of Premature Ejaculation stretch as far back as 1981, when while on hiatus from Christian Death, Rozz Williams and Ron Athey began experimenting with tape loops and noise. From the onset, live events were performance art presentations that often left the audience disgusted and horrified. While the intent was to shock and throw out the rules of convention - it wasn't long before venues refused to book Premature Ejaculation.

After Rozz shelved Christian Death in 1985, he returned to the project, and continued to pursue tape manipulation and manufacturing layers of noise. He teamed himself with Chuck Collison and soon began releasing material through the independant label, Happiest Tapes on Earth, and eventually again performing live shows.

Despite Rozz's hectic schedule with touring and recording for various projects, he'd often return to Premature Ejaculation for a series of recordings, releases and performancnces. He and Chuck continued to work together into the mid-1990's.

The posthumous release "Wound Of Exit" exhibited the range Premature Ejaculation had developed over 15 years of recordings; from tape loops of household appliances to rich, full textures of sound and electronic samples.

Rozz's final recordings were completed by Chuck Collison for the Nico B. film, "Pig".

In 2009, several recordings were purchased by John Collins that contained unreleased noise material that spanned Rozz's career. As John set about laying down the foundations to bring these recordings to light, it was discovered that Ron Marrs contained an additional eight cassettes of unreleased material. Collectively, the recordings became, "Rozz Williams: The Lost Recordings". After being painstakingly remastered and the artwork restored to it's original designs - the material began to surface in 2010. The releases will continue into at least 2012...ensuring years of new discoveries for Rozz's fans. 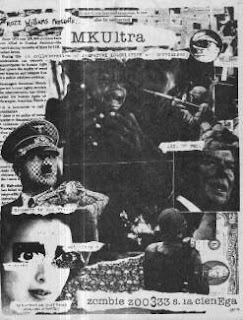