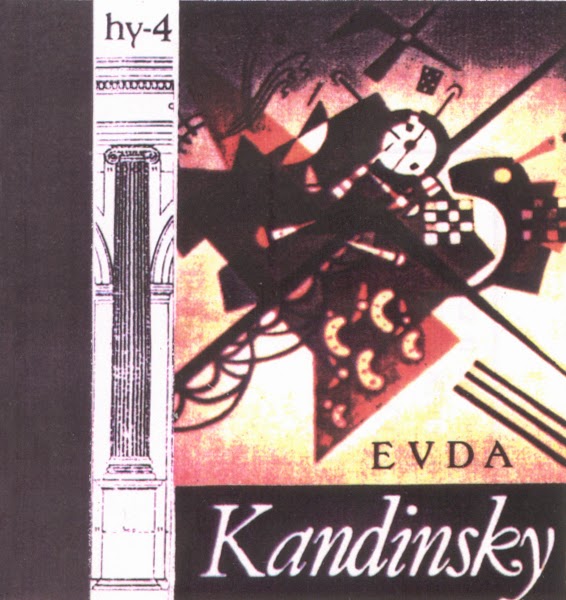 Antonio Dyaz is a writer, composer and filmmaker situated in Madrid, Spain. He is founder of Hyades Arts, the label which is specialized in avant-garde music and is behind El Sueno De Hyparco (1988-1998) and EVDA (acronym for El Vendedor De Albaricoques or The Seller Of  Apricots). Kandinsky is a work that originates in the end of 80s on which Antonio is playing harpsichord, digital synthesizer and percussion, recorded in 4 years as the X anniversary of El Suno De Hyparco. The re-master was done in 1997 at K World studios in Madrid constructed as part of The Gallery, a musical fantasy based on short mysterious tale about fifteen stolen canvases of paintings by artists such Munch, Rothko, Ucello, Van Gogh, Goya, Monet, Dali, Caravaggio, etc., and, withal, each canvas is different music which includes collaborators Suso Saiz, Javier Paxariño, Iury Lech or Luis Delgado and has attached different poem. Later, the pieces were used as soundtrack for one of his films 'Off'.
The sound on this tape is of electronic, baroque-ish, sometimes drony feeling and it reminds me of Ernest Le Vampire.