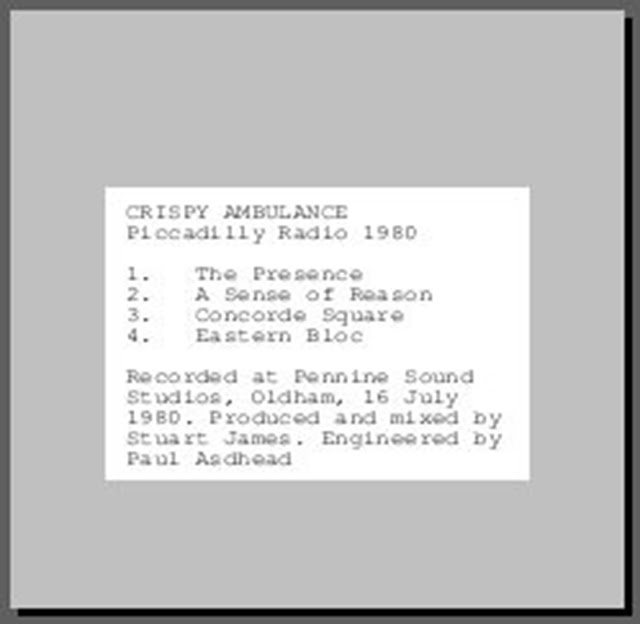 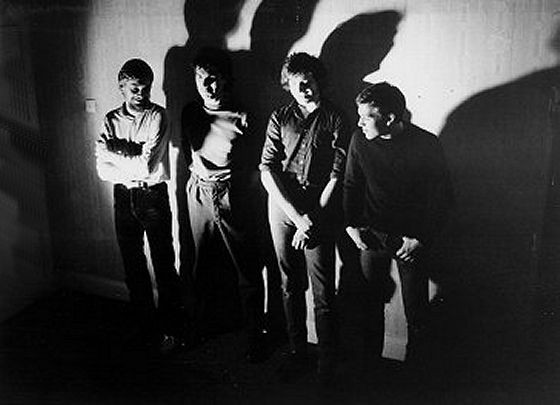 Formed 1977 in Manchester by Alan Hempsall and Robert Davenport.
Started as a two-man outfit but adding Keith Darbyshire and Gary Madeley to the line-up in 1978.

During their first five years they recorded sessions for local and national radio and released several records on Factory, Factory Benelux and Aural Assault. They toured in the UK and Europe, both as headline act and as support to Joy Division, Killing Joke and Section 25.

Crispy Ambulance broke apart in 1982, with the members pursuing other projects.

In 1999, the band reformed for a gig in Manchester to mark the re-release of two earlier album titles on the LTM record label. Two further studio albums followed.

Edition of 50 CDR's, mastered from the original tapes. No artwork. Sticker on cd Case